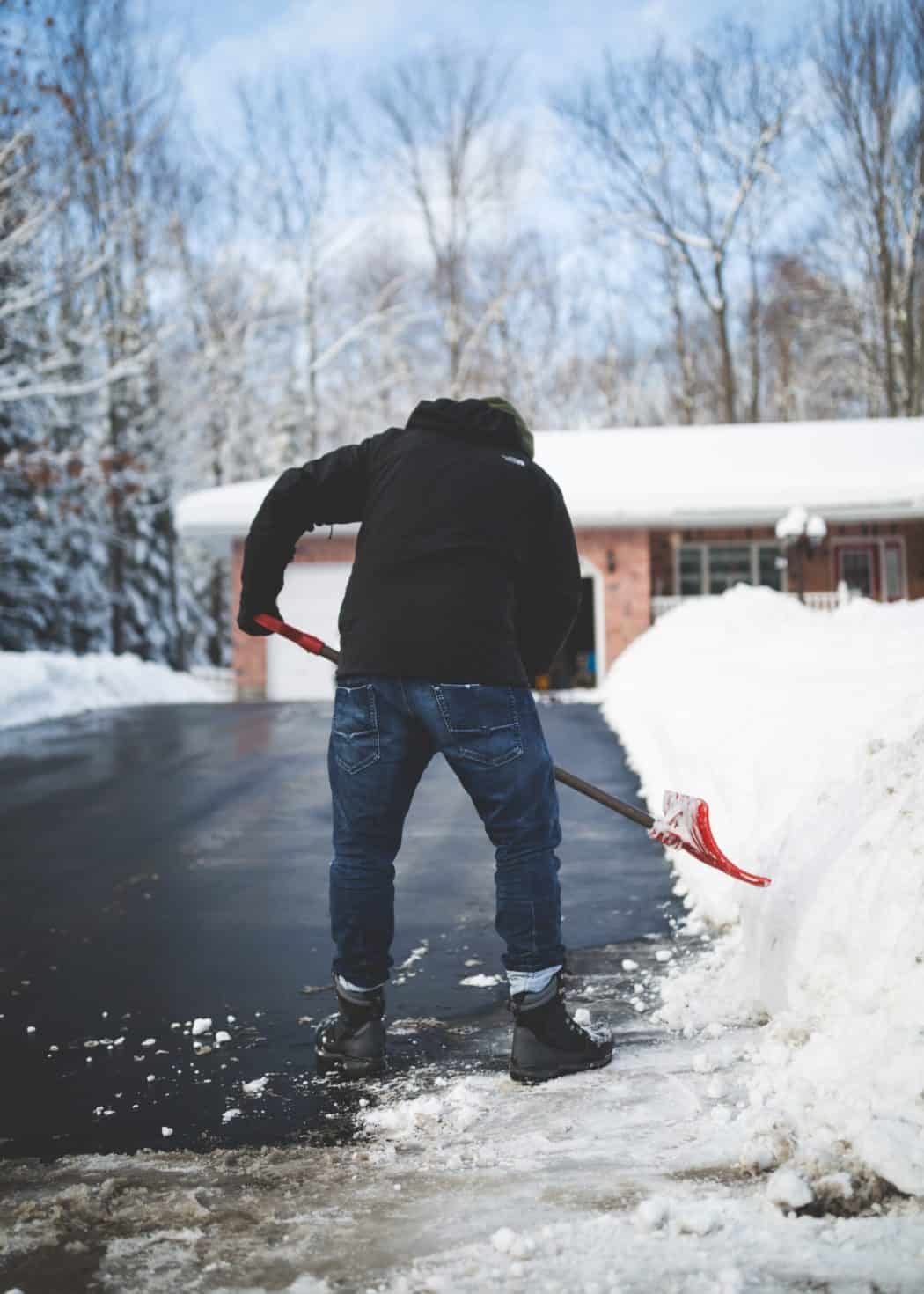 The new year has begun and it has brought snow with it!  Finally, Colorado residents see a few snowstorms after the first of the year.  So far, it has been an extremely dry season and a tragic fire event last week in the northwest metro area. It is great news to see some of the frozen white stuff fall from the sky as we need the moisture and skiers are missing the slopes.

While the snow is needed and a lot of fun to play with, Colorado homeowners need a good game plan to get rid of it after a storm.  In Colorado, homeowners should clear their sidewalk 24 hours after a snowstorm for pedestrian safety.  Depending on how much snow falls or how much land a homeowner may have, there are multiple options for snow removal.

Many communities in Colorado have an HOA and snow removal is part of their landscaping services when the snow depth reaches a designated threshold.  When an HOA is responsible for snow shoveling, they typically deploy crews very quickly after a snow storm, or sometimes while it is still snowing.  Golf course communities typically have snow removal services on hand, as another perk for those living in those neighborhoods.

Every neighborhood has young kids who are looking to flex their entrepreneurial muscles and earn extra money.  In the summer, kids sell lemonade and in the winter there may be a few kids roaming the neighborhood looking to shovel your sidewalk.  If you don’t want to shovel your own walk, it may be a good idea to let the kids do it and contribute to their growing business.

On another hand, if you have a bored kid who is home on a snow day it might be a worthy suggestion to get a few of their friends together and some shovels and go around the neighborhood to shovel neighbor’s sidewalks for $10 (or so) per customer.

If there are no kids around, and you don’t live in a neighborhood with an HOA then there are many landscaping services that will come out and remove snow for you.  You can schedule them to come out every time it snows, if you’d like to set up a consistent cadence.

Looking for a great upper body workout?  Look no further than shoveling snow! As anyone who has shoveled snow in the past will tell you, snow is heavy and shoveling copious amounts of it is a real workout!  Snow can weigh about 20 pounds per cubic foot so after a blizzard, that can provide hours of shoveling fun that a fit family might be able to turn into a game.  Sure, shoveling snow can be a chore but it could be fun if you let it!

Shoveling might be too much for some homeowners.  After all, because it is so strenuous homeowners can be in danger of hurting themselves.  In that case, or in the case of a homeowner with a lot of land to clear off, then the job might call for a snowblower.  Either used or new, a snowblower might be a great investment for homeowners who have to take care of their own grounds.  Snowblowers allow owners to clear off large amounts of snow in a fraction of the time and before you know it, the snow will be cleared and you’ll be back inside enjoying a hot drink.

Do you have any lingering snow maintenance questions?  Are you in the market to buy or sell your home?  Call and text me at (720) 323-4176 or email me at DougMovesYou@Gmail.com