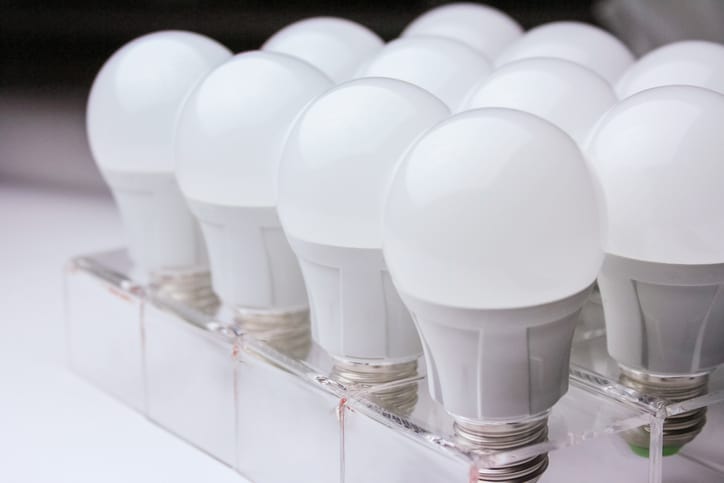 No. That’s not a typo. Everyone knows that LEAD is bad for the environment, which is why we got it out of gasoline. Did you know, however, that an LED (lightbulb) is good for both the environment and your wallet? You want to get LEDs out of the store and into your light fixtures.

LED stands for “light emitting diode”. LED technology has evolved to be a viable alternative to regular incandescent light bulbs. They can save you money and can save the planet, so they are “green” in multiple senses of the term. We’ve been told for a few years now that our light bulbs are killing the planet due to their inefficient energy use. We have been urged to switch to the “compact fluorescent light” bulb. Known as “CFL’s”, these curly shaped tubes of glass use less energy.

However, CFLs are dull until they have spent a few minutes warming up when first switched on. They also contain mercury, potentially bad for the environment. If you break one in your house, it requires careful clean up. When CFLs burn out, you can’t just throw them in the trash but should take them to special reclamation facilities – and you know everyone is doing that!

LED’s do not suffer any of these problems. They come on instantly. They contain no toxic materials. They typically don’t break when dropped. In addition, they now produce a soft white light comparable to regular bulbs and the light diffuses in all directions instead of being focused in a beam like original LEDs. They use less energy than a CFL and only 16% of the energy of regular light bulbs. Almost all the energy gets turned into light instead of heat, so your house stays cooler and requires less AC in summer. Heck, they probably make you look younger and skinnier too!

The LED bulb has an amazing useful life. For some of us, those bulbs will still be working when our kids are settling our estate! Yes, the initial cost of these bulbs is higher, although they are coming down. Still, they quickly get to the point of saving you money.

If you are more motivated by being “green” in the environmental sense, here are the numbers. Producing the electricity to power a traditional 60-watt incandescent bulb for a year will cause about 300 pounds of C02 to be emitted. The comparable LED bulb will result in less than 50 pounds of carbon dioxide being released to the environment. So, whether you are focused on fiscal responsibility OR you’re concerned about climate change, the LED light bulb can bring you joy and satisfaction.